The All India Football Federation (AIFF), the apex governing body of Indian football, has been banned by FIFA for alleged third-party influence in football activities.

On Tuesday (August 16), FIFA, the governing body of world football, announced the ban in an official statement. The Bureau of FIFA Council unanimously decided to ban AIFF, the organization said in a statement. This is because the undue influence of third parties in this organization has resulted in a clear violation of the FIFA Charter.

Meanwhile, apart from South Asian countries India and Pakistan, several other countries were banned by FIFA. Let’s find out.

FIFA banned the country’s football on July 9, 2014. Although the duration of this ban was only 9 days. 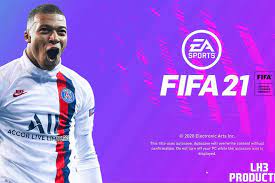 Kuwait-2015
FIFA bans Kuwait from regional, continental and international football due to third-party interference. The ban was implemented in October 2015. The ban was finally lifted in December 2017.

Indonesia-2015
The Indonesian government was banned by FIFA for interfering in the country’s football. Which lasted more than two years. And due to this ban, the country missed the 2018 Russia World Cup and 2019 Asia Cup qualifying campaign.

Apart from this, FIFA also banned Kenya, Zimbabwe, Guatemala and others.