Bowling, batting and fielding should be good in all three categories to get positive results in Asia Cup. But the first two matches are important. The team has not been doing well in the short version for a long time. With a positive start, something different is possible in the Asia Cup. Tigers’ batting coach Jamie Siddons commented. The coach commented that although Miraz worked with Mushfiq on power hitting, he did not know anything about the decision regarding their batting position.

Mehdi Hasan Miraj is attentive in Jamie Siddons’ class. Working on power heating for several days. Cricketers are being prepared differently to have a bad time in the T20 edition. Students of the same class Mushfiq, Vijayrao.

But in the meantime, there are rumors that Miraj, Mushfiqur can be seen at the beginning of the innings to solve the T20 opening problem. But even if the batting coach did not rule out the matter, for now he is only focused on power hitting.

Jamie Siddons said, working with Mirage on power hitting. He has good skills. He can play in any position. But who will do the opening will be known before the game. Decision making is the responsibility of team management. However, Mirage can be an option in the opening.

Bangladesh has not been in a good position in T20 for a long time. 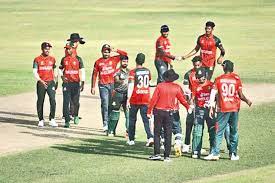 So he believes it is difficult to do anything positive in the Asia Cup. But if you play well in the first two matches, things can be different. According to him, Bangladesh should focus on three formats.

The batting coach said, none of us know what will happen in the Asia Cup. Time is not long. If you want to do something positive, you have to do well in all three categories: bowling, batting and fielding. Moreover, it is difficult to get back into form if you lose a long time in a format. So the first two matches are important for Bangladesh. Every opposing team is strong. You have to play the best cricket to get good results. I am confident about the batsmen.

Jamie Siddons is working with the batters every day even though the official practice has not started. This Auji coach is very much in the role of a power hitting coach.