In the first quarter of 2020, the whole world was in lockdown. Naturally, the economy of almost all countries contracted. The world is in recession.

The world economy has largely recovered since then, but analysts have warned that the footsteps of recession are once again being heard.

The International Monetary Fund (IMF) issued this warning on Tuesday. 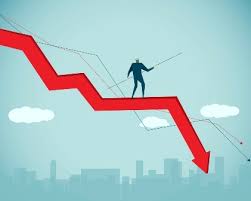 The World Economic Outlook (WEO) forecast last April by the IMF has indicated that growth in 2022 and 2023 may be lower in their new forecasts.

Global production fell in the second quarter of this year due to problems in the US, China and the Eurozone, the company said. This is the first contraction since the start of the Covid-19 pandemic.

IMF economic adviser Pierre-Olivier Gourinchas said, “The picture has darkened significantly since April.” Just two years after the last recession, the world is on the brink of a recession soon.’

The Washington-based IMF said it now expects the global economy to grow by 3.2 percent in 2022 – down 0.4 points from April. The recession is predicted to continue next year. At that time the growth will be 2.9 percent.