Bollywood actor Vinna Luke appeared in the new movie teaser. He came to the discussion in a flash of ‘Kisi Ka Bhai, Kisi Ka Jaan’ released on Monday.

Sallu bhai looks very attractive with big hair in the teaser. Salman Khan was seen rocking a storm in the teaser, wearing a khaki colored shirt and blue jeans.

Face slapping, wind coming and messing up the hair on the head; That hair is covering the face. Her hands are adorned with those trademark bracelets, earrings.

On Monday (September 5), the actor released the teaser of his upcoming movie on his Instagram. Salman Khan can be seen in this look in the teaser. 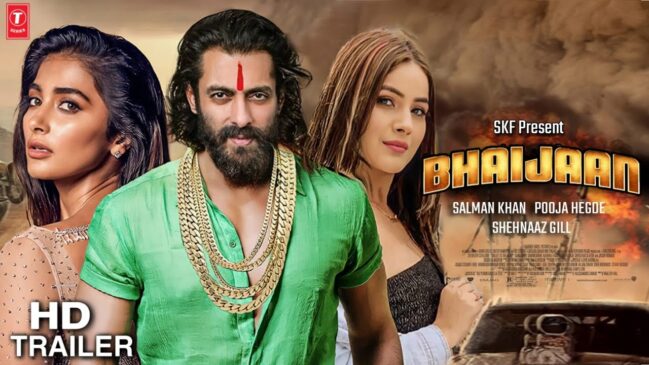 This is basically the teaser of the movie ‘Bhaijaan’. Later the name of the movie was changed to ‘Kisi Ka Bhai Kisi Ki Jaan’.

Siddharth Nigam, Palak Nigam, Raghav Jual, South superstar Venkates, Jagapathi Babu and others are acting. Directed by Farhad Samji, this movie is slated to release in December this year.