Bizarre life history. Born in South Africa, he was a Dutch cricketer. Michael Ripon has become the New Zealand! The left-arm wrist spinner has been named in the squad for the upcoming tour of Ireland, Scotland and the Netherlands.

Played a few months ago against New Zealand. But Ripon got a chance to play for NZ. He is the first left-arm wrist spinner to be called up to the New Zealand national team.

The NZ Cricket Board on Tuesday told to the press the ODI and T20 squads for the three-nation tour.

New Zealand will play 3 ODIs and 1 T20 match against Ireland starting on July 10. Scotland will then play a ODI and 2 T20s.

The last destination in New Zealand is the Netherlands. They will not play more than 2 T20s there on August 4 and 5.

T. Latham will lead the New Zealand team in the next ODI series against Ireland. He will then return to the country with Henry Nichols, Matt Henry, Will Young and Jacob Duffy. Spinning all-rounder Mitchell Santner will captain the rest of the tour and the next two tours.

Ripon was part of the Netherlands squad for the three-match ODI series in New Zealand last March. He has played 26 international matches for the Dutch. 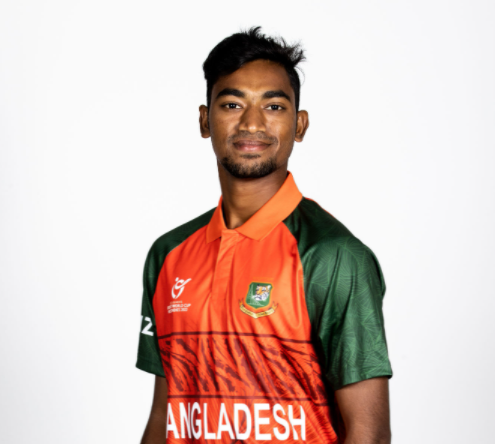 Ripon is now a Dutch cricketer

Ripon has been playing domestic cricket in New Zealand since 2013. Kiwi selector Gavin Larsen said the left-arm wrist spinner has been called up to the national team as a reward for his consistent performance in domestic cricket.

Ripon gets a chance to play for New Zealand because of this rule.

Mark Chapman, Jimmy Neesham, Daryl Mitchell and Ben Sears will join the team from the T20 series against Ireland.

Skipper Kane Williamson, Trent Bolt, Tim Southee and Devon Conway have been rested from all three tours due to the stress of the game. They will return to the country after the ongoing Test series against England. They could return to the white ball tour of the West Indies next August.

The ODI team will leave New Zealand for Ireland on July 3.