Since seizing power in Afghanistan last year, the Taliban have committed hundreds of human rights violations.

These include extrajudicial killings and torture.

The United Nations reported this on Wednesday (July 20). News from AFP.

Markus Potzel, the head of the UN mission in Afghanistan, said in a press conference, “It can be said without a doubt that the results of our report are serious.”

However, the Taliban has consistently denied all allegations of human rights violations. 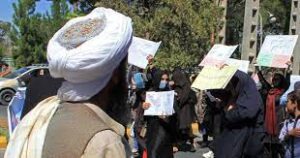 But the UN report released on Wednesday cited 160 extrajudicial killings, 56 cases of torture and ill-

treatment and more than 170 cases of arbitrary arrest and detention of former government officials and members of the national security forces since last August.

Besides, 87 incidents of violence against women and children were highlighted. These include murder, rape, forced marriage and various forms of torture.

Markus said the UN mission was particularly concerned about the torture of members of the Taliban’s religious police and intelligence.

The United Nations says more than 700 civilians have been killed and more than 1,400 injured by unexploded mines and attacks by local Islamic State affiliates.🔱