Qatar is building another 40,000 rooms ahead of the World Cup. The organizing authority hopes that it will be ready before November.

Meanwhile, with four and a half months left before the World Cup, hotel bookings have plummeted.

The United States is the most advanced in terms of reservations. Apart from this, football fans are also booking rooms from Mexico, UK, Argentina and India.

Still, the survey says it is inadequate compared to demand.

About 1.5 million tourists are expected to travel to Qatar to watch the World Cup, more than half of the country’s total population

. However, the number could be up to three million. Because 2.9 million foreign tourists went to Russia to watch the World Cup.

If that happens in Qatar too, the country’s housing and hotel system will definitely collapse.

“We have prepared 100,000 rooms,” said Omar al-Jaber, director of Qatar’s World Cup organizing committee. Another 30,000 rooms are being prepared.

The number may increase further.

By November, this number could be one lakh 40 thousand.

So I hope there will be no problem with the accommodation of tourists who come to watch the World Cup. 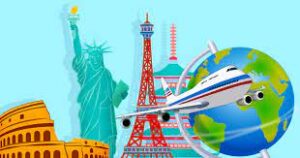 If you want to watch the World Cup in Qatar, you have to have a fan ID. Football fans can do that in exchange for tickets.

At the same time hotel booking must be confirmed.

Those who cannot secure a hotel room will need to make sure they are staying with relatives or friends.

If a tourist fails to pay these, it will not be possible for him to watch the World Cup.

Omar Al Jaber said, “Those who come to Qatar during the Football World Cup 2022 must have a unique fan ID.

You will get it only when you have a ticket. Must have room booking at the same time. Or the assurance of staying at home with a family or friend.

But if one wants to come to Qatar for one day, it will not be necessary.

Meanwhile, with about four and a half months left in the World Cup, room booking has already fallen short.

The United States is leading the race.

Also in the top five bookings are visitors from Mexico, the United Kingdom, Argentina and India.

“If we talk about room buyers, visitors of USA will be at the top,” he said. There are also lots of bookings from Mexico, the United Kingdom, Argentina and India.

In addition to housing, Qatar has to think about the cost of tourists.

The idea is that under the pressure of a large number of visitors, the price of everything from hotel rooms to essentials can skyrocket.🔱