Argentine superstar Lionel Messi did not have a good time at PSG last season. However, he said before the new season that Messi will be in his best form. As if he gave a message to keep talking. Fans saw the old Messi in the first two matches of the season. The Parisian giants also got off to a rough start in Ligue 1.

Messi went to dinner with his girlfriend Antonella Roccuzzo when he got some time off between the games. Messi later shared the photo on his Instagram on Tuesday (August 16). Although no children or friends were seen in the picture. Maybe the two wanted to spend some time alone together.

PSG got off to a great start on the day with Messi’s brace in their Ligue One opener. In the last August 6 match, PSG blew Clermont 5-0.

Meanwhile, Argentine star Lionel Messi, who won the Ballon d’Or for the seventh time last season, did not get a place in this year’s shortlist of 30, which angered the fans.

However, France Football has also explained why Messi did not get a place in this list. 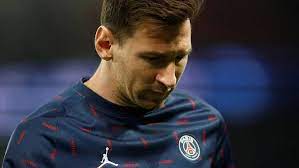 France Football’s Emmanuel Bouan explained, ‘Since 2006, Messi has been placed (on the list) 15 times in a row, won the Ballon d’Or seven times and won so many titles that his name inevitably comes up when the final decision is made. Messi was also in the discussion during the preparation of this list of 30 people. But the new standard set for the Ballon d’Or was not in favor of Messi; The issue of considering a player’s entire career is gone, the new model considers a season rather than a calendar year, which is why winning the Copa America on July 11, 2021 is not taken into account.’

Of the 15 times Messi has been shortlisted for the Ballon d’Or, he has won seven. In addition, he was in the top three 13 times in all. Not only did Messi not place in the top three in the 2006 and 2018 Ballons.