The Korea Post published the report naming the pair as ‘A’ and ‘B’. It is said that the 31-year-old lover ‘A’ filed a complaint against his lover ‘B’ for urinating in a handbag. After being found guilty, Seoul Central District Court Judge Park Hew Rim fined ‘A’ 1.5 million won (Tk.

It is known that on October 11 last year, the couple had an argument at the Seoul residence of lover ‘B’. At one point ‘A’ urinated in the lover’s Louis Vuitton bag. Then pour liquid deodorant on it. Angry at this incident, ‘B’ approached the court. 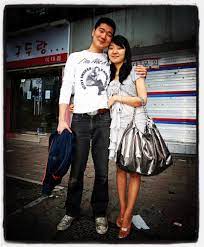 Although initially the accused ‘A’ denied the charges brought against him in the court. He claimed that he pretended to urinate. However, according to the forensic report, urine samples were found in the bag. Not only this, the DNA of the urine also matched the DNA of the accused. Later, the lover admitted his guilt.