King Charles (III), who took over as monarch after the death of Queen Elizabeth II of the United Kingdom, addressed the public at the start of his new chapter today at 6pm local time. Charles, 73, became king on Thursday shortly after his mother’s death at a Scottish Highland retreat.

While giving his first speech as the King, he said, “Just as the Queen herself has worked for you with devotion, I also pledge to work for you by upholding the constitutional principles from now on.” I am deeply saddened by the loss of a beloved queen and beloved mother. I know countless people across the country, state and commonwealth and around the world will be deeply saddened by his passing.”

Addressing the public, he added, “No matter where you live in the UK or the world, and whatever your background and beliefs, I will endeavor to serve you to the utmost with loyalty, respect and love. As I take on my new responsibilities, my life will certainly change and so will yours.”

He will decide on the length of the royal family’s mourning period, which is expected to last a month. However, the UK government will observe 10 days of national mourning.

According to UK tradition, the Queen will be honored with a round of song salutes for each year of her life from the Tower of London, an ancient royal fortress on the River Thames,

across Hyde Park in central London. 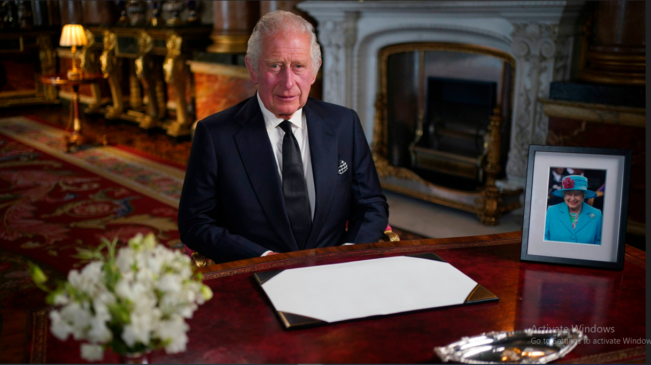 Church bells will ring and Union flags will be flown at half-mast at Westminster Abbey, St Paul’s Cathedral and Windsor Castle, among others. Truss and other senior ministers are set to attend a mass memorial service in St Paul’s and the UK Parliament will begin a two-day special session to pay tribute to the Queen.

Elizabeth II became Queen of the British Empire in 1952. He died at a time when the UK government was trying to pass emergency legislation to deal with the economic crisis caused by the war.