Trump made his first foreign visit to Saudi Arabia after taking office, breaking a long US tradition. Trump’s visit was a glimpse of something new happening in the Middle East.

Trump’s vision is clear through the ‘Deal of the Century’. The Trump administration, particularly Trump’s son-in-law Jared Kushner, agreed to Israel’s occupation by agreeing to the “Deal of the Century” with several countries in the Saudi enclave.

Joe Biden came to the Middle East two and a half years after taking office. The purpose of the visit is clear; Connecting Israel to Middle Eastern countries. For that purpose, Biden visited Israel and Saudi Arabia.

Just as Trump orchestrated the occupation of Palestinian land in the name of the ‘Deal of the Century’, Biden is making a settlement in the name of ‘peace and security’ in the Middle East to tone down the language of protest against the occupiers and normalize relations between Saudi Arabia and Israel.

However, the criticism surrounding Biden’s visit has started in the US itself. From Bernie Sanders on, a large swath of progressives have openly voiced their displeasure.

The main reason for this position is two consecutive murders. Jamal Khashoggi was the first among those killed. The second is Shireen Abu Akleh.

Khashoggi and Shirin are no longer unknown names. Khashoggi  murdered in the Saudi consulate in Istanbul in the summer of 2018 by Mohammed bin Salman’s “own forces”.

Turkish and US documents have revealed the details of the incident. The killing of people inside a consulate is perhaps unprecedented in modern times.

Bin Salman handled the protests of shocked people in this incident very efficiently by relying on the alliance of Trump and Kushner. 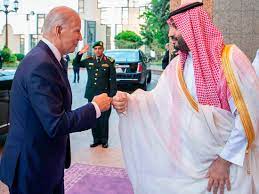 The second murder happened this summer.

Shireen Abu Akleh, a famous female journalist in the Arab world,  killed  Israeli soldiers in the Jenin refugee camp in the West Bank.

Marwan Bishara, a prominent Al-Jazeera journalist and Shirin’s colleague, wrote in Shirin’s memory that Shirin regularly confronted the Israelis who occupied the homeland.

He was the voice of the destitute Palestinians. Constantly depended on anti-hegemonic protests. Shirin was the name of inspiration and resistance in millions of homes from Rabat to Riyadh.

The Trump-Biden administration has almost played a leading role in releasing those accused in the murders of Khashoggi-Shirin. 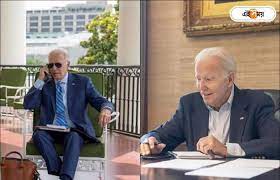 In the third phase, the bilateral relationship is likely to fully normalized before or after the next US election. However, in this controversial visit, Biden left two clear messages for the democratic people of the Middle East.

First, recognizing Israel is the only way to become a democracy. Although almost everything in the Middle East is under the control of the US-Israeli-Saudi ring, Arabs have consistently failed to gain statehood,

A wretched army rule has  imposed on the pretext of democracy and women’s rights. Along with Algeria and Turkey of the past, Mohammed Morsi of the present,

Second, the culture of impunity will continue. Statistics show that more than 25 journalists  killed  Israel from 1992 to 2022. Just as bin Salman’s forces killed Khashoggi, in May 2021,

Almost all media outlets in the world broadcast the scene live. And recently Israel killed Shireen Abu Akleh. But there was no trial.

And there is no possibility of trial. This lack of justice has created fear among media workers. Interested readers may raise the question, is fear not enough to hide the truth and publish the news in a certain form?

As Biden’s visit continues to delegitimize the Israeli and Saudi state apparatuses from these two hotly debated murders, I reminded of a young Palestinian poet named Darin Tatoor.

Shirin’s protest against the Israeli occupation was accompanied by the camera and Shirin’s voice, and Tator chose poetry.

Tatore wrote ‘Resist, my people, stop them’. While these Middle Eastern royal families are busy trying to legitimize Israel’s occupation, Shirin-Tatore is constantly trying to keep the beacon of hope burning.

Let the protests against injustice, occupation and neo-colonialism continue. Lamentations of the injustice of the Khashoggi-Shirin killings continue to hit the poles of US imperialism.🔱