China is going through the worst weather in decades. In the north, intense heat waves continue from the snow-capped peaks of Tibet to the tropical island of Hainan. Northeast of Shandong, Jilin and Liaoning, on the other hand, received record rainfall in June. News TRT World.

Rainfall of 112.1 mm has been recorded. Which is 9.1 percent more than the same month last year. China’s Meteorological Administration said on Tuesday. 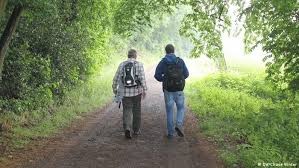 According to Maximiliano Herrera, who works on global weather, the temperature on June 24 was 42.1 degrees Celsius in Zhuchang, north of Henan Province, China, and 41.6 degrees Celsius in Dengfeng. Which is one of the warmest days.

Seasonal floods have also occurred in several parts of China. Which has caused misery for thousands of people. There has been heavy rainfall, especially in the south, as well as typhoons from the South China Sea.