On suspicion of preparing to topple the government, German authorities detained 22 suspected members and three alleged supporters of a far-right terrorist group on Wednesday.

German prosecutors and local media have reported that among the alleged members of the conspiracy are a descendant of German nobility and a former far-right member of the Bundestag, Germany’s lower house of parliament. 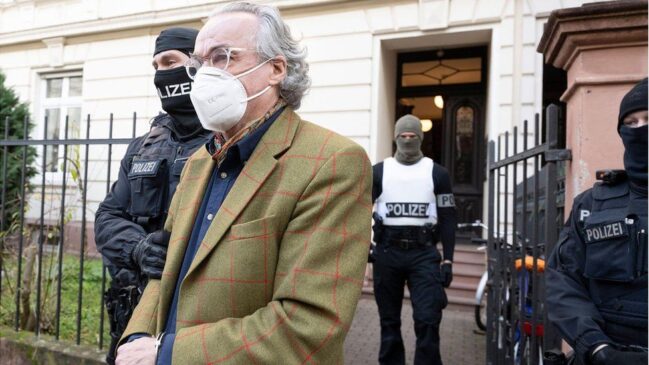 The Reich Citizens (Reichsbürger) movement, which was founded no later than November 2021, is believed to have been plotting to overthrow the current government and replace it with their own. According to a statement from the German federal prosecutor’s office, approximately 50 people are suspected of being a part of this movement.

“A profound bond unites the accused.