More than 100,000 Russian soldiers have been killed or wounded in Ukraine. Casualties of Ukrainian forces are likely to be the same. Mark Mille, the top general of the United States, said this yesterday on Wednesday. News from AFP.

Mark Mille said yesterday at an event of the US non-profit organization The Economic Club of New York, “You see, more than one hundred thousand Russian soldiers have been killed or injured in Ukraine.” 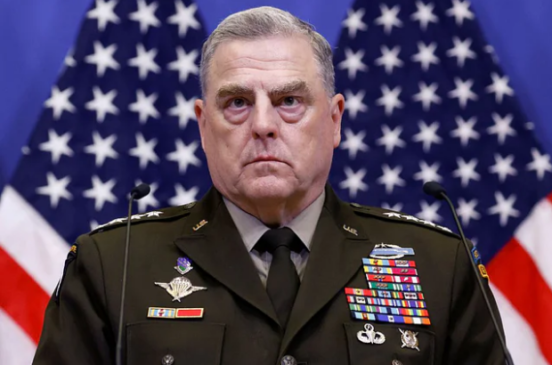 “Casualties on the Ukrainian side are probably the same,” Mark Mille said.
AFP could not independently verify the casualty figures Mark provided for both sides in the ongoing Russia-Ukraine war.

Russia started a special military operation in Ukraine on the orders of Russian President Vladimir Putin on February 24. This war has been going on for more than eight months. The most accurate data from the US on the number of casualties in the war came yesterday.

Mark Mille also said that there is scope for negotiating an end to the war. Neither Russia nor Ukraine is likely to achieve a military victory in this war.
Mark Mille said that all parties must understand that victory cannot be achieved by military means in the true sense. So another way must be adopted to end the war.

Read more
Basically, the US is asking Ukraine to reconcile with Putin
A Ukrainian soldier rests after fighting with Russian forces
Mark Mille said, “There’s … an opportunity, an opportunity to negotiate.”
Recently, the news came out that the United States fears that the Russia-Ukraine war will continue for several more years. In this situation, the Biden administration advised Ukraine to be strategic. The US is secretly encouraging Ukrainian leaders, Kiev to signal to Russia that they are interested in peace talks. There are even reports that the United States is in informal talks with Russia to reduce the risk of using nuclear weapons in the Ukraine war.